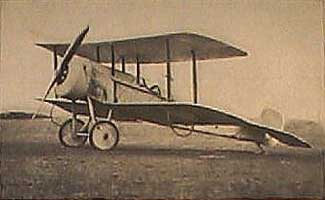 The first prototype of the Bristol Scout series was first flown on February 23, 1914. It was fitted with the 80hp Gnôme Lambda rotary engine. The aircraft was designated the Bristol Scout A and the British military first evaluated the Scout A on 14th May 1914, at Farnborough, when the aircraft showed a fast for 1914 airspeed of 97.5 mph [157 km/h].

The next in the series - the Scout B - was fitted with an 80hp Le Rhone rotary engine for power, two were evaluated in September 1914.

The Scout C aircraft, very similar to the previous Scout B, was first ordered by the British government on November 1914.

The last and most numerous production version, the Scout D, evolved from a series of improvements to the Scout C design. The most important was the fitting of the powerful nine cylinder 100hp Gnôme Monosoupape rotary engine to improve its performance. Some 210 examples of the Scout D version were produced.