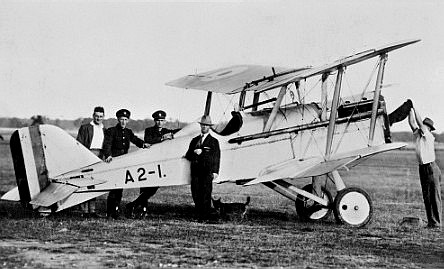 The Royal Aircraft Factory S.E.5 was a British biplane fighter aircraft of the First World War. Like the Hurricane compared to the Spitfire in the Second World War, the S.E.5 was not as glamorous as the Sopwith Camel, nor did it achieve the same iconic status, but it was one of the most important and influential aircraft of the war.

The S.E.5 (Scout Experimental 5) was designed by the Royal Aircraft Factory in Farnborough and flew on 22 November 1916. It was built around the new 150-hp Hispano-Suiza 8a V8 engine. Only 77 original S.E.5s were built before the improved S.E.5a model took over. In total 5,205 S.E.5s were built . The introduction of the 200-hp Hispano-Suiza or Wolseley Viper resolved the early engine problems and added nearly 30 mph to the S.E.5s top speed. The S.E.5 was inherently stable, making it an excellent gunnery platform. It was also one of the fastest aircraft of the war, at 138 mph equal in speed to the SPAD S.XIII. The S.E.5 was not a great dog fighter, lacking the agility of the Camel. The S.E.5 had only one synchronised .303in Vickers machine gun, however it did have a wing-mounted Lewis gun which enabled the pilot to fire at an enemy aircraft from below. The S.E.5 entered service in March 1917 and the S.E.5a entered service in June 1917 and was still in production at wars end. By 1918 the S.E.5 equipped 21 British Empire squadrons including AFC's 2 Sqn, 3 Sqn, 5 Sqn and 6 Sqn.