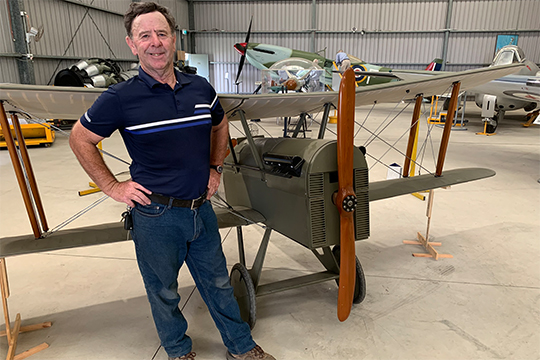 A new addition to our collection - a half scale SE.5a constructed and donated by Alan McGavin who drove all the way from Tyabb on the Mornington Peninsula to present Fighter World with this amazing hand built replica.

The British biplane was one of the most important aircraft of the First World War. The SE.5a was inherently stable making it an excellent gunnery platform. Thirty-five SE.5a's arrived in Australia as part of a British 'Imperial Gift' to the newly formed RAAF and in 1925 the SE.5a's were taken on strength by No 1 and 3 Squadron.

For the full story you'll have to drop by and take a look. Thanks Alan its a wonderful addition.