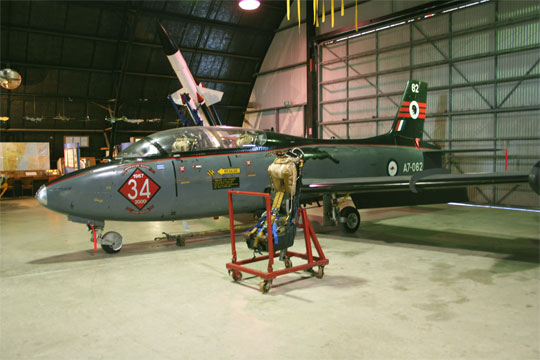 The MB 326H, Aermacchi was ordered by the RAAF in August 1965 after it was decided there was a need for high-performance jet training to prepare pilots for the Dassault Mirage, then entering service. 97 Macchis were delivered to the ADF from 1967. A7-062 was delivered to the RAAF on 9th October 1969. The aircraft served with 2 OCU, 77 Sqn and 76 Sqn at RAAF Williamtown and was withdrawn from service on 24th May 1999. The aircraft on display is loaded with 8 BDU 33 practice bombs.

You may also sit in the cockpit display of this aircraft.