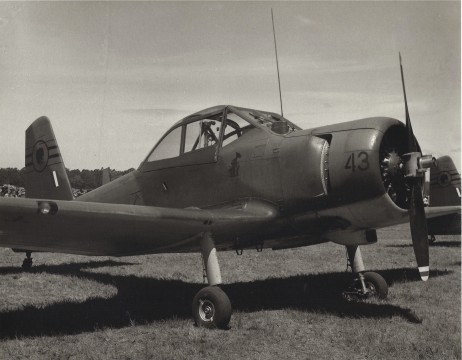 While not a fighter aircraft the CAC Winjeel earns its place at Fighter World because of its long association with the training of fighter pilots in Close Air Support (CAS) procedures. Designed to a 1948 RAAF specification for a basic trainer to replace the Tiger Moth, the Winjeel first flew in 1951. In the Forward Air Control role the aircraft was fitted with a carriage and release unit located underneath the aircraft fuselage and was capable of the airborne delivery of smoke grenades to mark targets to be identified and engaged by Fighter/Attack aircraft.