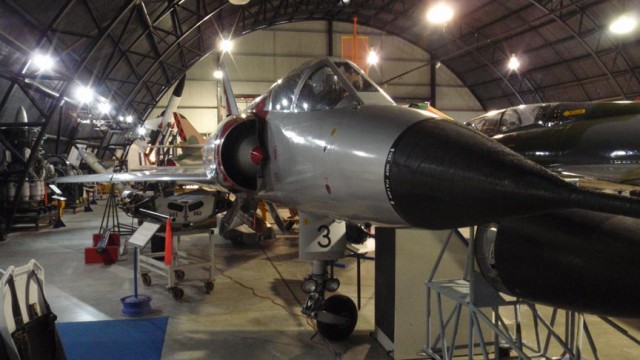 Built by the French firm Generale Aeronautique Marcel Dassault (GAMD), the first Mirage III prototype flew in 1956. A3-3 (IIIO) was a single seat fighter and the first Mirage assembled in Australia and delivered on 13th March 1964. The aircraft served with the Aircraft Research and Development Unit at RAAF Edinburgh in South Australia before being transferred to RAAF Williamtown NSW where it was operated by 76 Sqn, 2 OCU and 77 Sqn before being withdrawn from service on 31st March 1987. The two seat version (IIID) A3-102 was delivered in November 1966 and served at 2OCU and 77 Squadron at RAAF Williamtown.