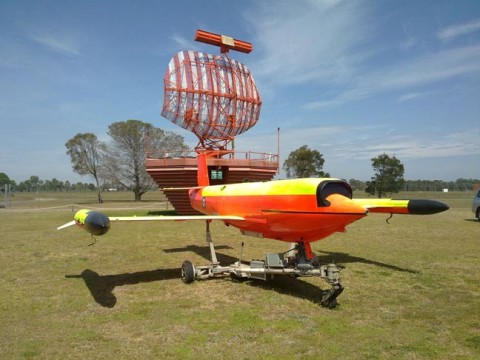 In March 1948 the British Ministry of Supply had a requirement for a high-speed pilotless target aircraft for use in its guided missile program. Development of the specification was undertaken in Australia. Between 1952 and 1986 a total of 502 aircraft were produced and in 1997 the production line was re-opened to build another 15 aircraft for Britain. The aircraft on display, N11-750 was delivered to the Royal Australian Navy in December 1985.