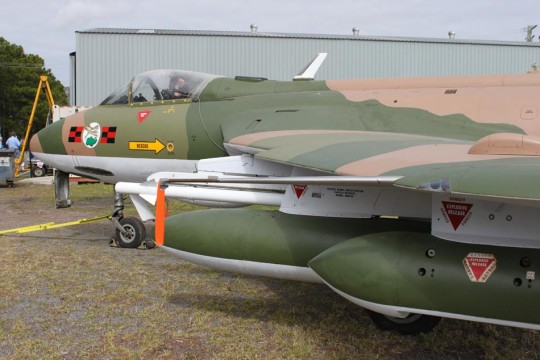 The Hawker Hunter on display first entered service in Britain with the Royal Air Force in 1956 and was transferred to the Republic of Singapore Air Force (RSAF) in 1973. During service in the RSAF it flew at RAAF Williamtown on joint exercises and training detachments. This Hunter was imported into Australia in 1995 and was kindly donated to Fighter World by Sydney businessman Mr Greg Ackman. Fighter World volunteers assembled and restored the aircraft for display.