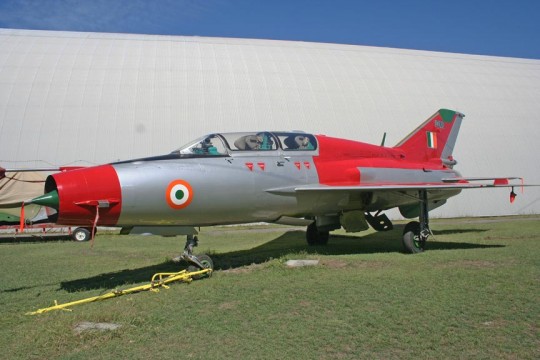 The MiG 21 was the main fighter of the Warsaw Pact countries during the cold war period and became the most extensively used fighter in the world with over 10,000 aircraft being built. This particular aircraft was built in Czechoslovakia. The aircraft was delivered to the Polish Air Force on 21st November 1973 where it remained in service until August 1991. In July 1992 the aircraft was purchased by Australian Dick McIntosh who painted it in the blood red colours of the Indian Air Force 'Red Scorchers' Aerobatic team. It still bears it’s Australian registration VH-XXI and performed at airshows in the mid 1990’s.